Government could end up falling through gap in housing market 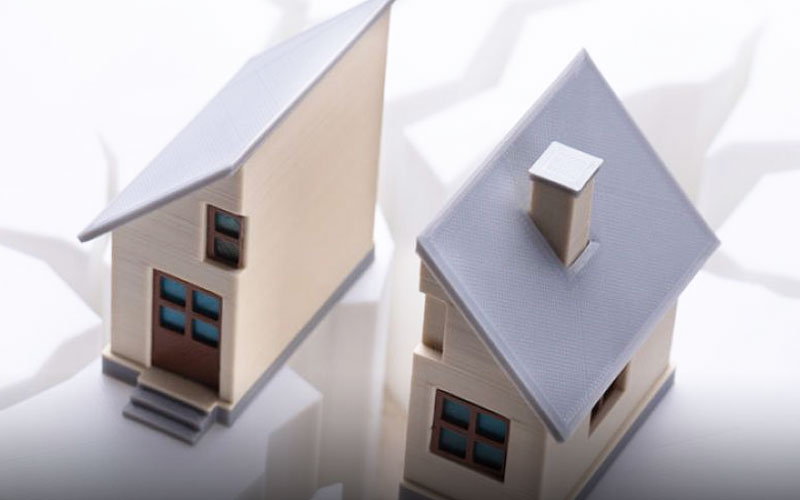 Government could end up falling through gap in housing market

A recent survey has revealed a surprising number of people affected by the current crisis, and three-quarters think those in power are doing a poor job in solving the problem

As the housing and the homelessness crisis continues to dominate the national conversation, Coyne Research and The Sunday Business Post decided to conduct a poll to unearth the extent of the situation: who it affects, what the long-term social impact will be and to what extent it may drive voter behaviour in the election, whenever it happens.

We first sought to establish the nature of accommodation of those being polled. Just over 50 per cent of those surveyed own their own home, with an even split between those with and without mortgages.

One in three people rent, and they make up a crucial element of the dynamic of the housing situation as some are looking to buy and others are looking for more security of tenure. Much smaller numbers of young adults continue to live with their parents (about 11 per cent), while just 2 per cent reported that they are living in hotel or other temporary accommodation.

With homeowners still being the majority cohort, the volume of people who said they had been affected by the current housing situation was a stark finding. One in two said the situation had had an impact on them personally, while 63 per cent knew someone who had been affected.

Given the comparatively small proportion of the population which is actually homeless (about 10,000) this is a surprising result. It suggests that people take a broad view of how they have been affected. It could refer to house price increases, a lack of houses, rent increases, family members having difficulty finding houses or apartments, and so on.

Key Issues for Those Affected

But buying is not the only problem. One in three said it was difficult to find rental accommodation in their area, reflecting the level of competition that pervades the private rental sector. A similar number said there were not enough council houses available, highlighting the supply problems in the public housing sector. More than one in five said their private sector rent had risen. Meanwhile lower numbers are forced to commute long distances, live with their parents or are having their accommodation sold by their landlord. 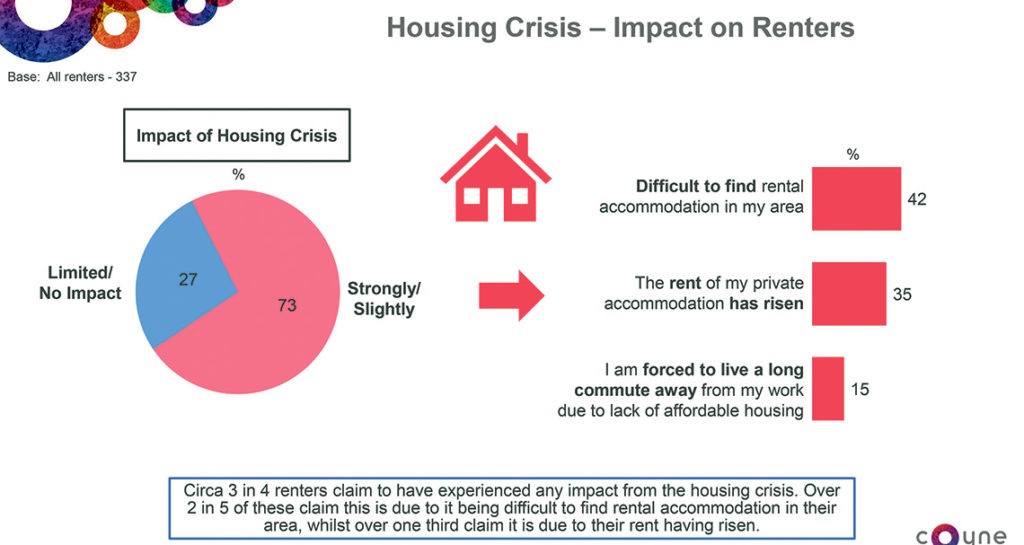 There is little doubt that those in the rental sector are hit hardest by the housing crisis: three in four said they had been affected to some extent. Four in ten renters find it difficult to find accommodation in their area and 35 per cent have seen their rent rise. The rental market is fiercely competitive and subject to rent increases. It is little wonder so many who depend on rental homes feel under such pressure.

A whopping 66 per cent agreed that young people would be forced to emigrate due to the lack of housing. The other side of this coin is the spectre of companies not investing in Ireland because there is not enough housing for the staff they would employ: six in ten surveyed agreed with this.

Almost seven in ten said home ownership was a remote possibility for young people in their area, pointing to the kind of social imbalances caused by a dysfunctional housing market. Rather depressingly, two in three anticipated another property crash, fuelled by the acceleration in property prices in recent years.

About half of Irish adults believe tax incentives should be available to older people to encourage them to trade down, a scenario that would create more balanced communities and be a more economical use of the existing housing stock. A similar number believe more high-rise developments should be built to allow people to live closer to the cities where they work.

Who should do the building?

Some 44 per cent surveyed opted for private builders as the best solution to the country’s housing needs, but the government was a clear winner with two thirds opting for public funds as the best option for building the homes needed.

Despite the expectations it is shouldering in terms of house building, the government is getting little credit for its management of the overall housing situation.

Only 18 per cent of those surveyed gave housing minister Eoghan Murphy and his colleagues a positive rating. In contrast, 74 per cent think the government is doing a poor job (40 per cent said a “very poor” job).

How will the issue influence how people cast their ballots?

By contrast, only 22 per cent scored a one or two out of five, indicating that housing would have a limited impact on their voting intention – with over-55s and white collar workers more likely to take this view. 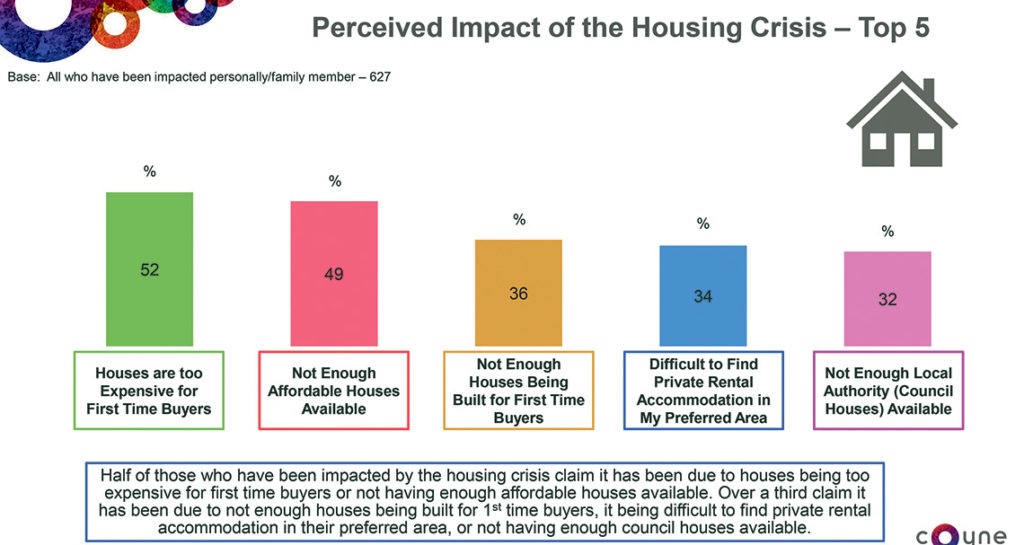 This survey does not present an encouraging picture: housing is a hugely prevalent issue even for those with their own homes. It is also an issue that is likely to drive a great deal of societal change including emigration and could deeply harm the competitiveness of the economy in terms of attracting (or repelling) foreign direct investment.

People want the government to pay for housing, but don’t want to pay themselves.

They blame the government for much of the problem, and many said the issue would influence their vote. Political parties will need to present robust and immediate solutions to the housing problem if they are to prosper at the polls.