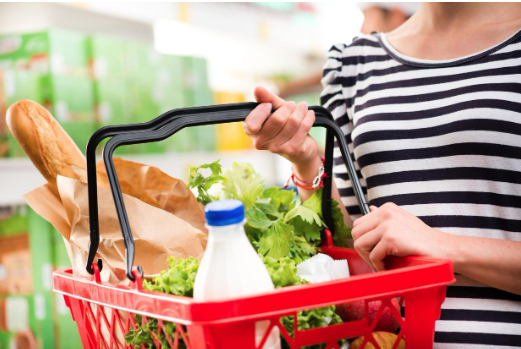 Research commissioned by supermarket chain Aldi has found that Irish shoppers are spending up to €477 a year more because they are chasing supermarket voucher discounts.

A study by Coyne Research commissioned by Aldi Ireland show that half of shoppers overspend, shop more frequently or buy what they don’t need just to qualify for supermarket money-off vouchers.

Typically these vouchers give €10 off the next shop for every €50 spent, but have to be spent within 10 days.

The research found that 46pc of respondents agree that buy-one-get-one free, and three-for-two offers lead them to spend more.

And 30pc of those who responded to the survey said supermarket loyalty schemes and money-off vouchers lead them to waste food.

The Coyne Research found that €9 was the average extra overspend.

Some three in 10 claimed the additional spend prompted by vouchers was over €10.

Coyne said this means Irish shoppers could be spending up to €477 per year more than they need to on groceries chasing voucher discounts if they overspend each time they shop.

The research was conducted by Coyne Research between June21 and July 6, with 1,000 adults aged 18-plus sampled.

Aldi Ireland said it does not operate a loyalty scheme or money-off vouchers.

It claimed that instead it is focused on offering the lowest grocery prices possible to customers at its 150 Irish stores.

The survey found that despite the promise of large savings through supermarket loyalty and money-off voucher schemes, 60pc of shoppers believe using them costs more than they expected.

Four in 10 shoppers believe money-off vouchers benefit the supermarket more than the shoppers.

Some 43pc of shoppers said buy-one-get-one free and three-for-two offers lead them to buy things they don’t really need or want.

“The cost of running these marketing ploys is built into our competitors’ grocery prices and ultimately mean higher prices for shoppers.”

Mr O’Connor said the findings of the survey come at a time when consumers face the biggest decline in spending power for a generation.

Managing director of Coyne Research Bernie Coyne said that at a time when many families are suffering a squeeze on their budgets vouchers and other supermarket schemes may seem tempting. “However, our research tells a story that Irish shoppers are beginning to question whether money-off vouchers really benefit them or provide them with real savings.”

She said research by retail research group Kantar found that Irish shoppers make on average 53 supermarket shopping trips per year to other supermarkets.

It also found that consumers have cut back on supermarket spending, making fewer trips to the shops and choosing own-brand goods as grocery.